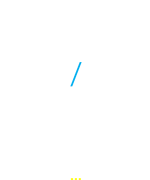 JBM Translations is an easy-to-use platform that provides access to high-quality human translation and other related language services. Our mission is to eliminate bad translations from a world that is becoming highly dependent on the clarity of cross-cultural communications. To do this, our international network of highly qualified language professionals work together to ensure that your content is always delivered exactly as you want it. We pride ourselves on being attentive to your needs, easy to work with, and quick to deliver. JBM Translations envisions a world where human communication is not restricted by language.

The company was founded in 2015 by Jessica Barbara McLenaghen who grew up in a bilingual family in Eastern Canada. Alternating between English and French was second nature to her, both culturally and linguistically. After living in Italy for a year, she became fluent in Italian and decided to pursue languages professionally at Concordia University in Montreal. She studied French, Italian, Arabic and linguistics and completed a Bachelor’s degree with a major in Italian and a minor in Arabic. She then continued travelling voraciously; connecting with people and experiencing cultures in many different parts of the world.

As she travelled she noticed that language was often the only barrier that stood in the way of like-minded people connecting with each other. She realized that language, as much as it holds power, can also make you feel incredibly powerless. This realization provoked in her a sense of injustice; that she could understand what others could not, and to address this she made it her new mission to help break these language barriers. She enrolled in the prestigious Masters in Conference Interpreting at Ottawa University to begin this mission. However, she soon came to understand that interpretation was far more limited in scope than translation. Two years later, she graduated cum laude with an Honours BA in French-English Translation.

The start of JBM Translations

Jessica started JBM Translations in 2015 during her last year of graduate studies. She grew the company slowly to fine-tune her service and learn the ins and outs of the translation market. By 2016 she was employing several translators and had identified the shortcomings of the traditional translation industry where innovation was most needed. Now, in 2021, she has perfected her system of providing quality language services that can connect all her clients with an outstanding international network of translators to offer reliable, affordable, and timely services.